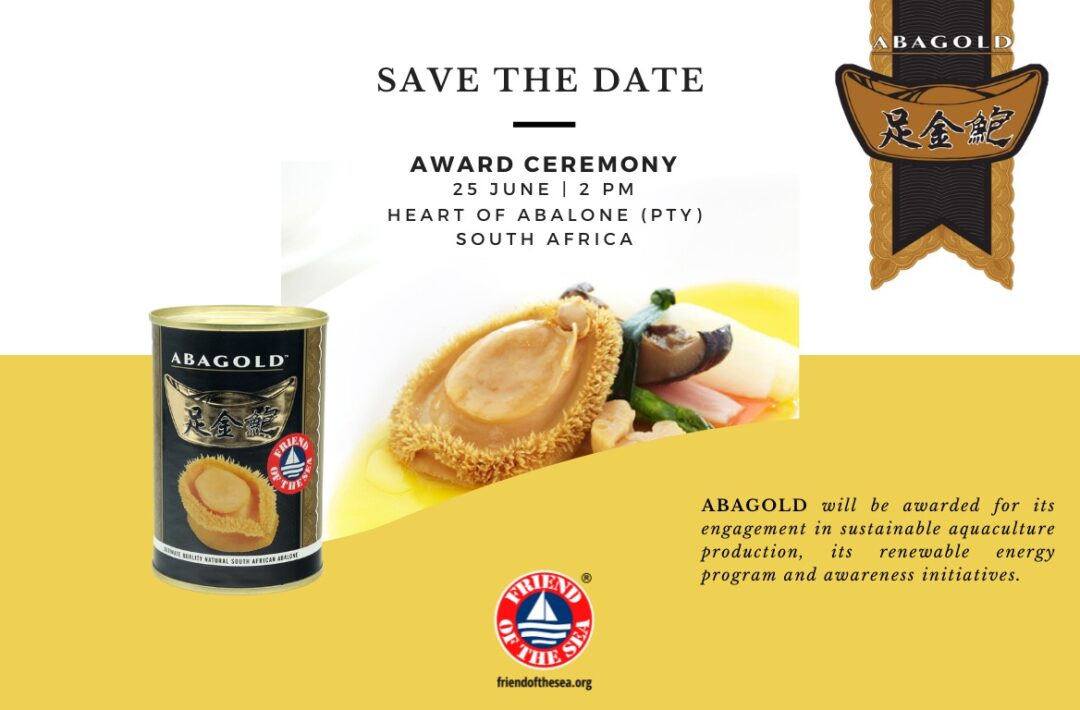 Abagold, one of South Africa’s leading abalone farming companies, producing this highly valued luxury seafood, will receive the award on June 25th in recognition of their outstanding efforts to preserve and sustainably produce the species.

Abagold is one of South Africa’s most important and largest abalone farms. The company exports live, canned, and dried abalone worldwide. Also known as the “mother of pearl,” abalone are a unique seafood species, admired for their looks and delicious taste. The abalone shell dazzles the eye with its shimmering colors, while the abalone meat inside is considered a delicacy and one of the most expensive seafoods in the world.

Abalone is endemic in South Africa, which in past decades saw a boom in fishing of the species, to the point of becoming unsustainable. The soaring demand for this product also led to illegal practices such as poaching that have further put the species under pressure. In this context, abalone farming became a crucial alternative for its preservation.

Located in Hermanus, a coastal town near Cape Town, Abagold celebrated their 25th anniversary in 2021 and has consistently sought to embrace sustainability throughout its production process. For these efforts, Abagold was one of the first abalone companies in the world to be awarded the independently verified Friend of the Sea Sustainability Certification in 2015.

Abagold operates on four farms: Sea View, Amaza, Sulumanzi, and Bergsig. These four aquaculture sites combined comprise 10 hectares and house over 2,400 land-based tanks. The company has complied with Friend of the Sea’s sustainable inland aquaculture requirements, a series of certification standards that minimize the potential harmful effects of aquaculture operations. These criteria include reducing the impact on surrounding habitats, no use of harming antifouling or growth hormones, reducing the carbon print, and complying with social accountability, among others.

The official ceremony to deliver the award will take place at Hermanus on June 25th. The event will count on the presence of Paolo Bray, Founder and Director of Friend of the Sea and the World Sustainability Organization, and Tim Hedges, the Managing Director and Werner Piek, the Executive Sales and Marketing Manager, from Abagold.