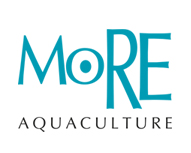 Turkish aquaculture producer More Aquaculture has achieved Friend of the Sea certification in combination with the GLOBALG.A.P. Integrated Farm Assurance (IFA) Certificate Version 4 for its plants located near Izmir on the Aegean Coast.

“More Aquaculture has adopted strict quality standards in observance of human health and environment preservation”, claims Mrs Asli Kahramanoğlu, Export Responsible of More Aquaculture. “For this reason, we are particularly fond of the combined Friend of the Sea and GLOBALG.A.P. Certification, as it confirms our full engagement to sustainability and social accountability.»

More Aquaculture has three farms with a capacity of 3,350 tons per year. The seabass and seabream producer has installed an efficient traceability system in place that monitors, measures and digitally records all production stages, from hatching to harvesting to distribution. Today, More Aquaculture exports the highest volume of seabass and seabream fillets from Turkey to the United Kingdom.

What began as a voluntary add-on module for the GLOBALG.A.P. Aquaculture Standard Version 4 is now an integral part of Version 5 of the Integrated Farm Assurance Standard (IFA), which was published in July 2015. The four criteria defined in the Friend of the Sea Add-On cover the impact on water body sediment, the effect on the local community regarding access to drinking water and fishing areas, and social criteria by requiring GRASP.

Aquaculture producers who achieve IFA V5 and GLOBALG.A.P. Chain of Custody certificate holders handling farmed origin products in compliance with IFA V5 will be allowed to use a special consumer label, consisting of both the Friend of the Sea consumer label and the GLOBALG.A.P. Number (GGN). Once they achieve certification, they simply have to register with Friends of The Sea to obtain their label.

The FOS Add-on is still being offered to Aquaculture Version 4 certified producers who wish to benefit today from the consumer label advantage.

Find out more about the Friend of the Sea Add-on module here.

Friend of the Sea is an international certification program for products from sustainable fisheries and aquaculture. Learn more at www.friendofthesea.org